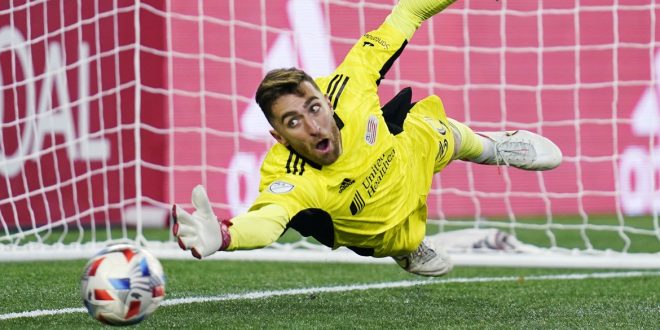 Remember the Revolution as the best in MLS in 2021

HE 2021 Major League Soccer (MLS) season is approaching its end. The two Conference Finals take place this weekend, and the winners will contest next Saturday’s MLS Cup Final.

As is the case with a number of league seasons in the Americas, including Brazil, Argentina and Canada, the season is currently played across a calendar year rather than spanning two as is mostly the case in European leagues.

The league champions were crowned in October, with New England Revolution lifting the trophy — the Supporters’ Shield — after the final game of the regular season early last month.

It was the first time the Revolution had topped the league at the end of the season, and they did so in style, breaking the league’s points record and boasting its best player, Carles Gil, once of Aston Villa.

The problem for New England and their coach Bruce Arena is that in MLS, as is the case across US sport, the champions tag for a particular season isn’t attached to the team that tops the league, but to the team that wins the post-season playoffs — in this case, the MLS Cup.

The other issue for New England is that they have already been knocked out of those playoffs, losing to New York City on penalties in last week’s Conference semifinals.

This defeat has somewhat tarnished their achievements during the regular season, but it shouldn’t.

There’s no doubt a league table decides the best team and the best players in a particular season. It is football’s test match — the true test of management, squad depth, coaching, togetherness, tactics, training, consistency and everything else.

This remains the case even in MLS, where there are issues with who plays who across 27 teams (soon to be 28) and two conferences in a 34-game campaign.

But despite New England’s record-breaking feats during the regular season, they will not be widely considered 2021 MLS champions, as this accolade will go to the MLS Cup winners.

This isn’t to say the playoffs don’t have their place. On the contrary. It shows how interesting, exciting and ultimately worthwhile post-season playoffs can be.

Changes that would Europeanise North American football are regularly suggested by those who follow the sport on both sides of the pond.

This is already happening in some areas, not least in the fact that most expansion teams in recent years have been called FC, United, or City, as opposed to the more flamboyant or quirky names previously seen in the region.

While the game in North America would benefit from some changes — changes that would make it more attractive globally and, more importantly

, provide a platform for football in the US and Canada below and aside from MLS — the sport in the region should look to conserve its unique character.

The playoffs are part of that. A party at the end of the season. A mini-cup competition qualified for on merit, but one in which every team involved believes they have a chance of progressing in one-off games.

Getting the balance right between a meaningful post-season cup competition and acknowledging the feats achieved by the best team during the regular season has proven difficult.

There was a sense after New England’s playoff defeat that their season ended in failure.

Topping the Eastern Conference gave them a bye to the semi-finals, but also meant they were inactive for almost a month and didn’t really help their cause.

The leaders of the Western Conference at the end of the regular season, Colorado Rapids, were also knocked out at the first time of asking in their Conference semifinal against Portland Timbers.

Arena was named Coach of the Year in this year’s official MLS awards and Rapids coach Fraser runner-up, but both saw their teams unceremoniously dumped out of the playoffs.

After New England’s defeat to NYC, questions were asked whether Arena would stay on into next year.

Maybe they would have been asked even if he’d won the MLS Cup but, in this context, there was an atmosphere around the discourse that gave the impression he’d ultimately failed due to their playoff exit.

Asking to attach more prestige to the Supporters’ Shield than is attached to the MLS Cup is difficult as it is a mindset embedded in North American sport, but not considering a league champion a failure if they exit the playoffs would be a start.

As for the playoffs themselves, as you take in the drama over the three-week period you can understand their appeal, in North American sport or otherwise.

They continue this weekend with tonight’s Western Conference Final between Portland Timbers and Real Salt Lake, while Philadelphia Union and New York City battle it out in the East tomorrow.

They are part of the character of football in the region that should be preserved.

That character remains in teams such as New England Revolution. An original MLS team with a name you’re unlikely to get in any other part of the world, and the best team in MLS in 2021 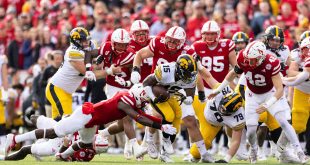